About:
​
When I joined AltspaceVR, they were just starting to ramp up on avatar investigations for social VR and were interested in creating a new line of avatars - ones that were more friendly and inviting than the existing "Pod"/ robot avatars.  This is when the "Rubenoids" were created, as well as the "robot heads".  There were many concept artists who created a wide range of styles and themes of avatars, but with a lot of VR tech restrictions in mind.  We selected the final few that we thought were suitable for the social VR space, and settled on adding these designs.  They were friendly, approachable, stayed far away from the uncanny valley, but still had enough of a presence to feel like that person was next to you: 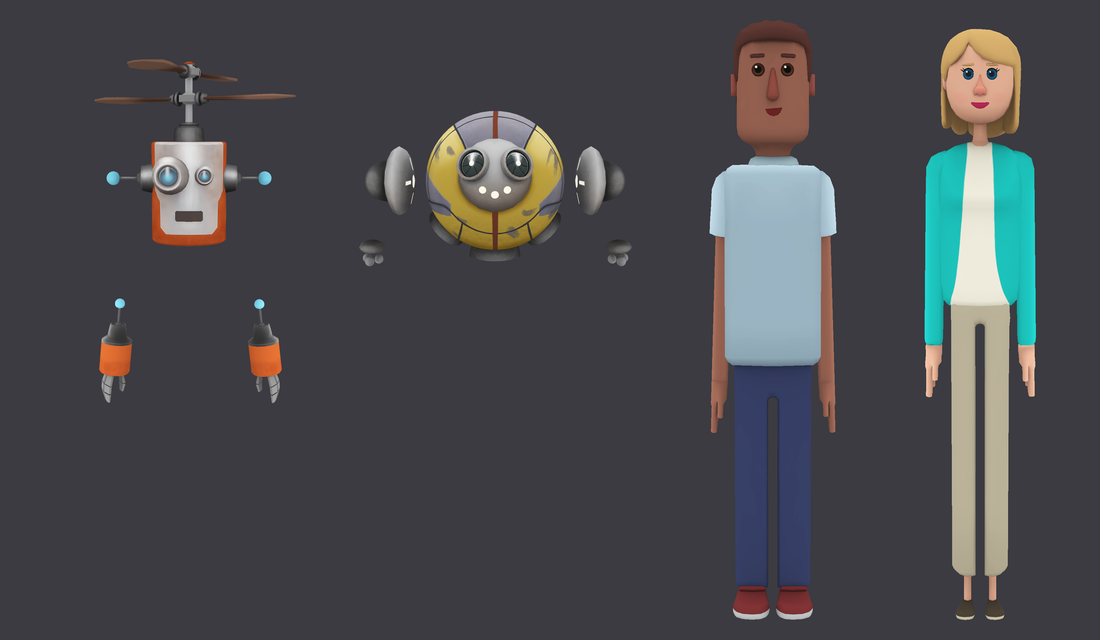 These are some of the talent we partnered with as well as the custom avatars I was able to create for them! 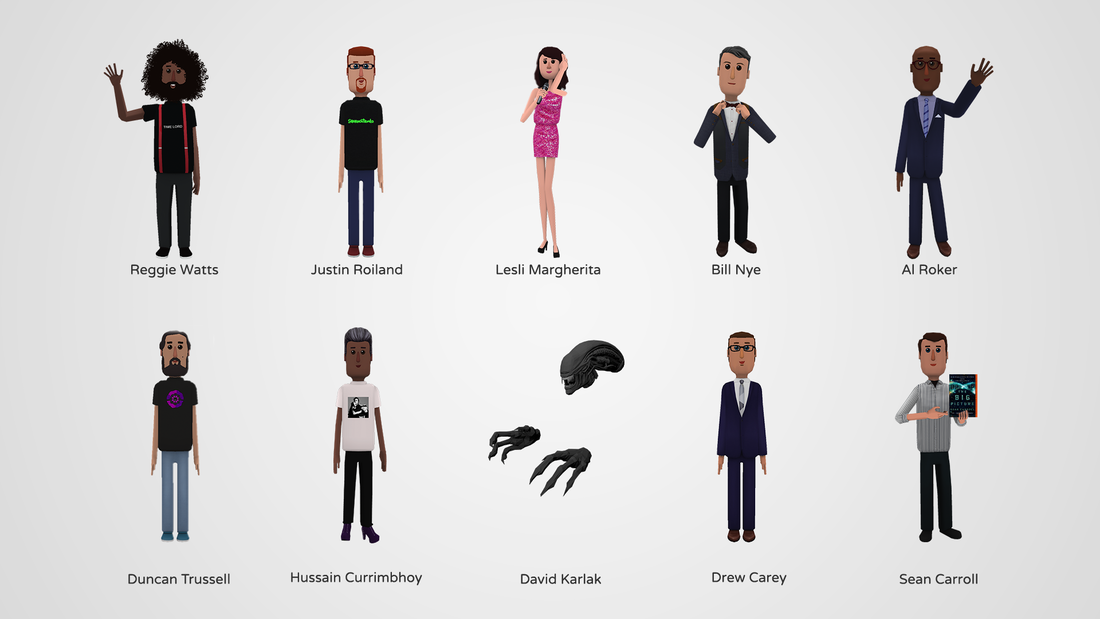 (Oh, don't mind that Geo Alien in there.  David and Hussain wanted to think a little outside the box.)
As I was starting to create the first customizations for talent, I decided that the biggest bang for buck would consist of a few little changes:  unique hair, facial hair, glasses and/or accessories, beauty marks, and texture changes.  As we continued to support a wider range of talent, we started to incorporate a wider range of different clothing models (different lengthed sleeves, skirts, shoes, etc.) and just added elements of uniqueness.

Creating these avatars was less of an artistic challenge, but more of a VR and tech challenge.  I'd say the biggest challenges were to mind poly counts and draw calls, as well as not adding customizations that would be too uncomfortable to be around (sans Geo Alien - that was the point!).  Overall, it was a fun and great experience to be on this project!
Marketing images I created: 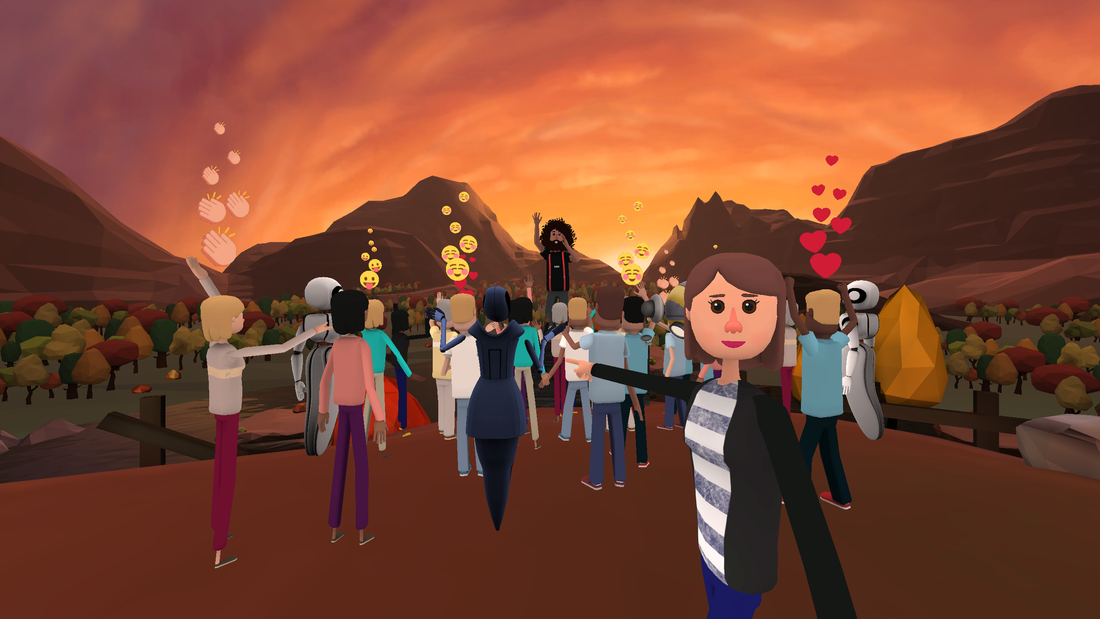 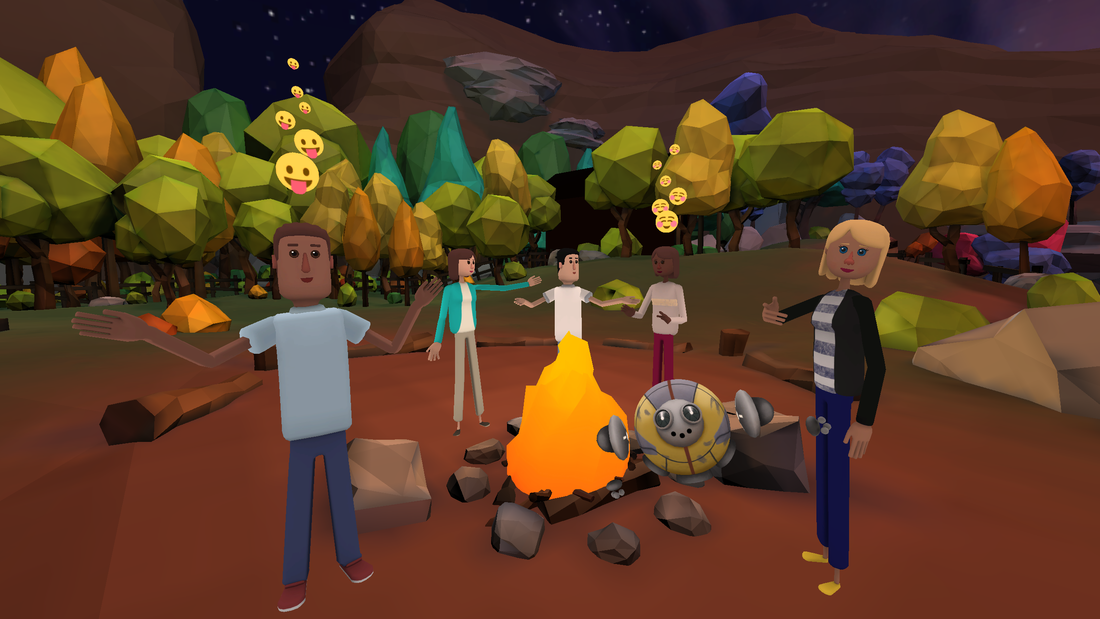 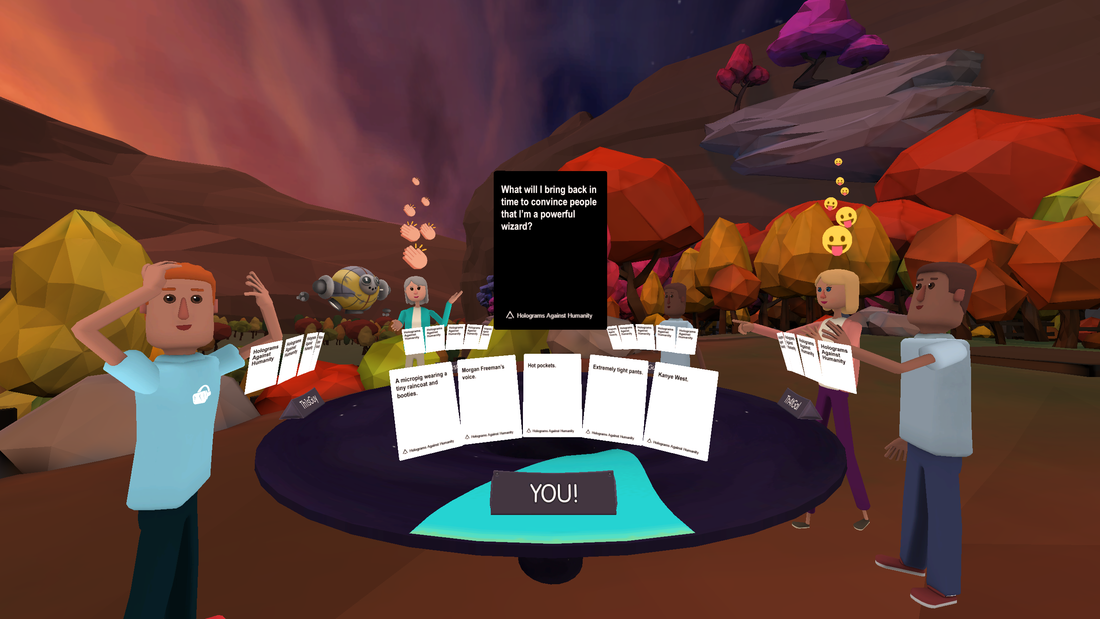 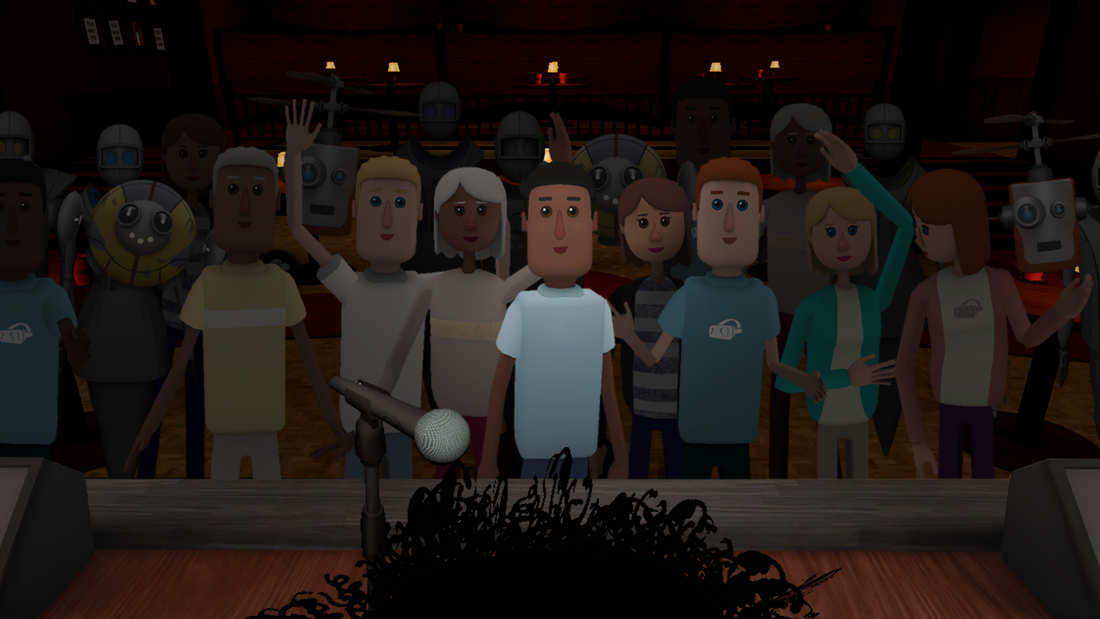 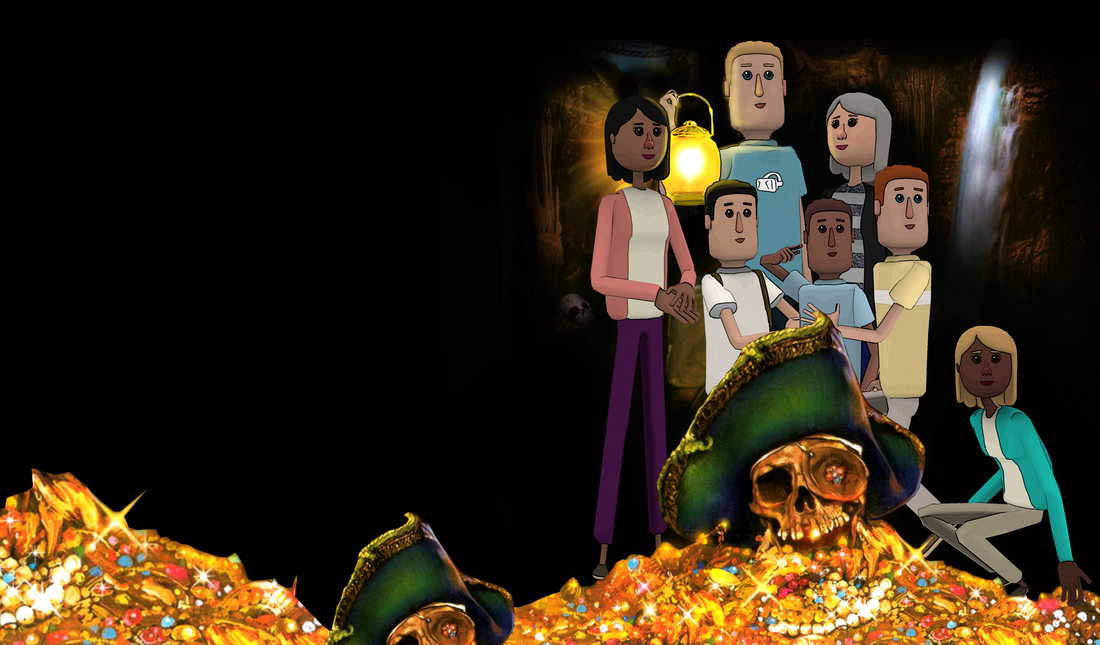 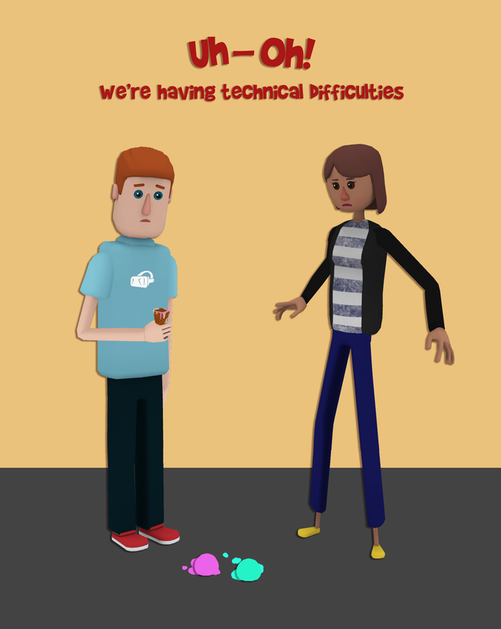 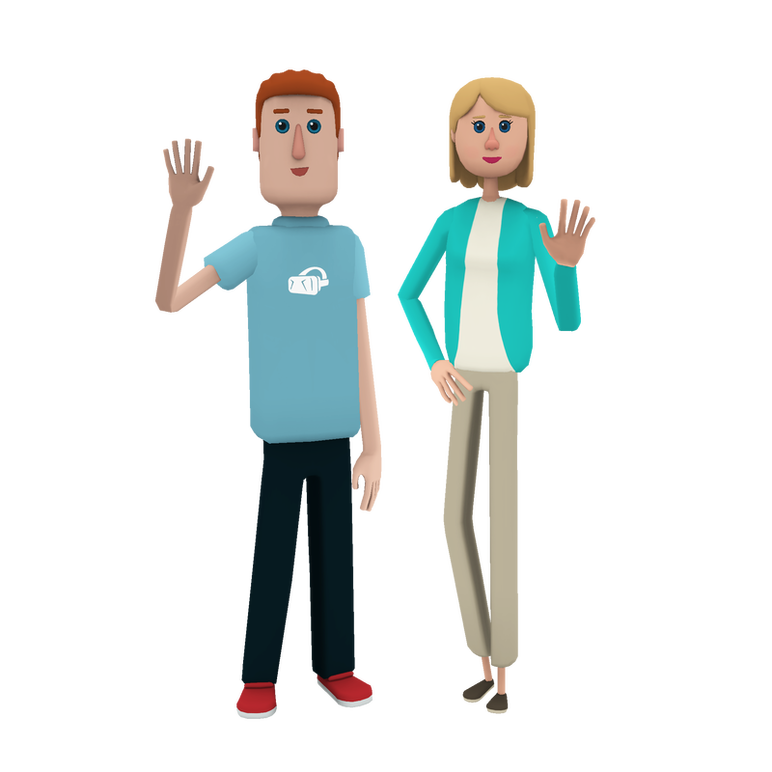